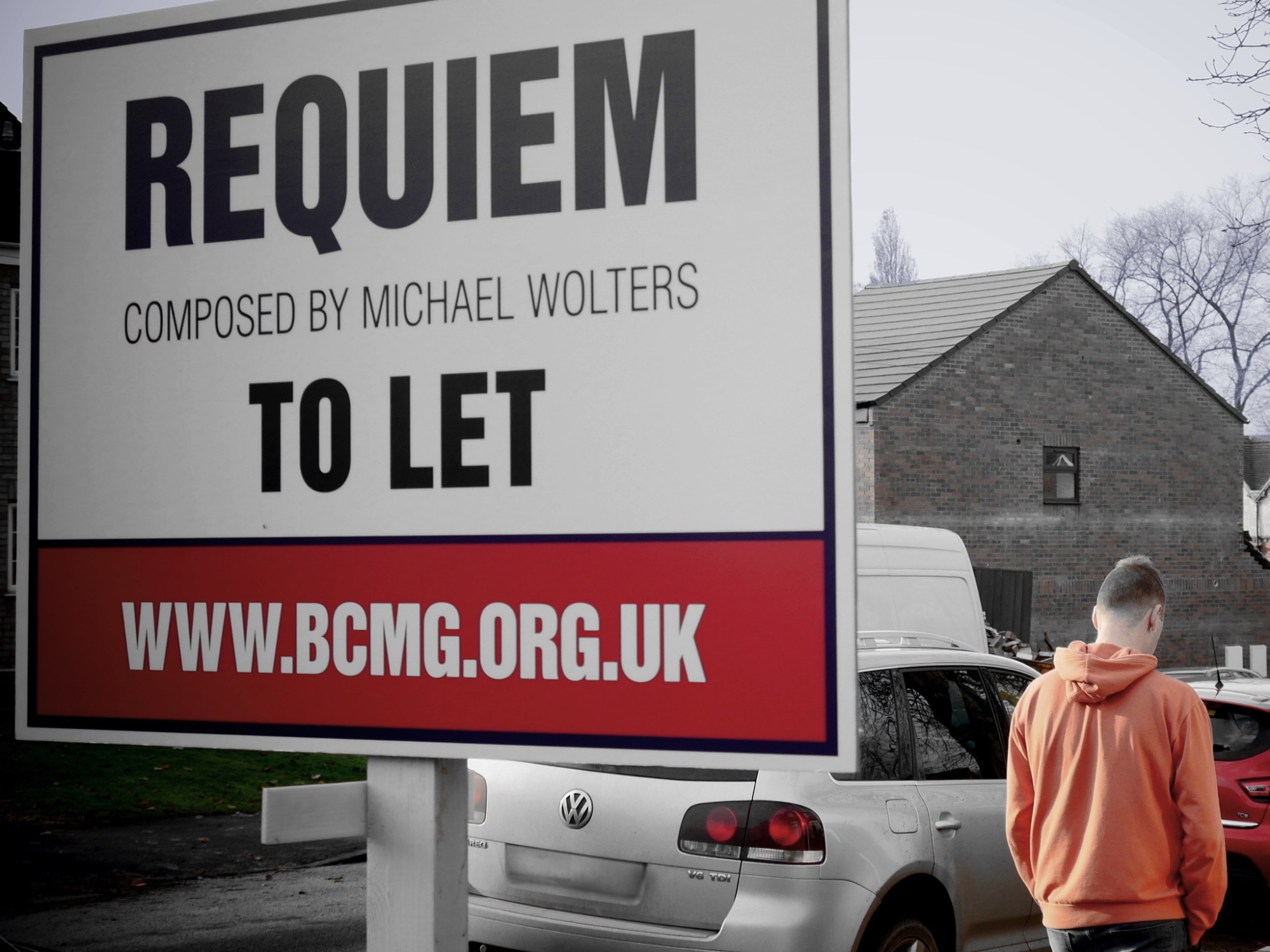 Written specifically for the delicate, complex and controlled tone of clarinetist and singer Jack McNeill, the piece requires the soloist to sing the syllables ‘so’, ‘lone’ and ‘ly’, which are fed through a sampler, creating a richly harmonic background. The piece’s five main parts refer to the15th Century composer Ockeghem’s Requiem structure and are interspersed with verses of the Irish song ‘She moved through the fair’ sung by the soloist.

Requiem is designed to create the loneliest situation possible: a single performer, whose voice is the only material for the electronic track, relying on only themselves for their own accompaniment.

The hour-long solo for bass clarinet with electronic track was commissioned by Birmingham Contemporary Music Group for the event ‘Requiem to let’ (in collaboration with Stan’s Cafe) and was first performed on 26th September 2015.
Originally composed for performance in an empty shop unit in Birmingham that still held the remains of a business going bankrupt, ‘Requiem to let’ was devised as swan-song for the British High Street.