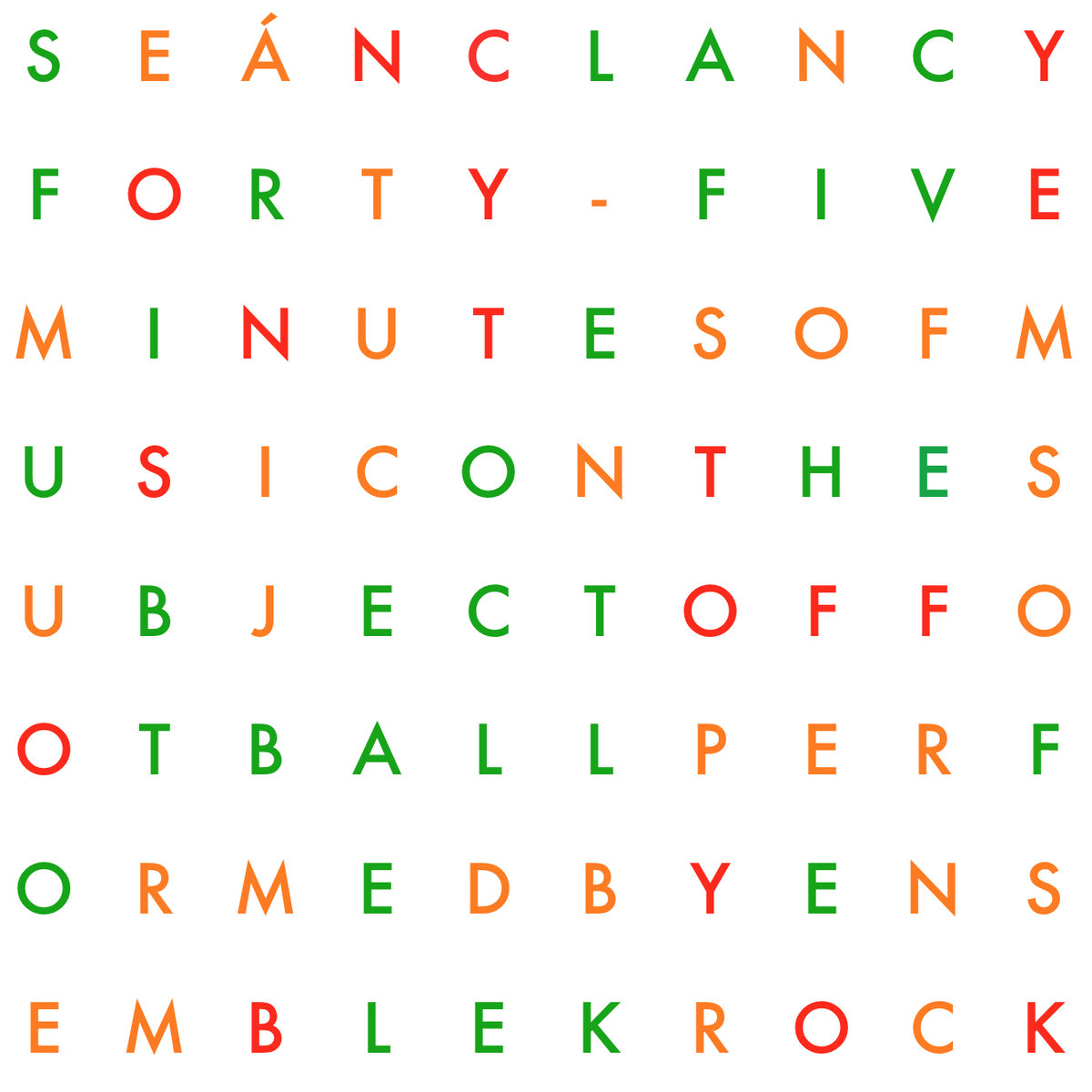 On 18 June 1994, Ireland played Italy in a game of football in the Giants stadium, New York to a crowd of 75, 338 people. Many, many more watched on television. This was Ireland’s first match and only victory in the 1994 World Cup. Ray Houghton scored the only goal of the game around 11’30’’ into the proceedings. Irish players Terry Phelan, Tommy Coyne and Denis Irwin were all given yellow cards at various points throughout the game. Apart from these sporadic events, nothing else of note took place and the second half was completely devoid of physical drama.

“The music moves from even metres with unchanging patterns, to irregular metres with intense bursts of energy … Clancy’s composition might just be a work of football through to the final whistle.” (Journal of Music)

Forty-Five Minutes of Music on the Subject of Football has been performed multiple times by Ensemble Krock across the UK, Ireland, and Sweden throughout 2014. This premiere recording, celebrates the historic victory of the 1994 Irish Football team with continuous pulses and a series of looped patterns rising and falling in moments of gradual transition or sudden difference. By the same token, it also celebrates our diminishing ability to stay focused on a singular activity for more than two minutes.